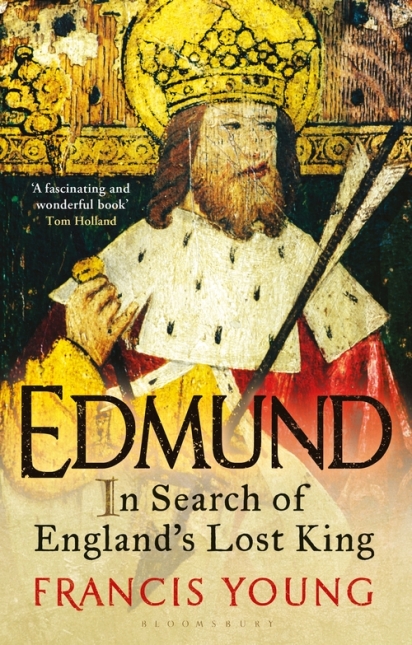 Today is publication day for the slightly revised paperback edition of Edmund: In Search of England’s Lost King, my book about St Edmund of East Anglia and the hunt for his mortal remains published by Bloomsbury. The book has been updated to reflect the most recent developments, including the removal of the tennis courts behind the Abbey Ruins in Bury St Edmunds that may have been covering the saint’s final burial site. I am excited that the book will now be available to a wider audience as a paperback.

Since its original publication in 2018 the book has provoked a great deal of interest and even inspired the writing of a novel by Simon Edge which imagines the discovery of the saint’s body. In reality, St Edmund remains undiscovered but the case I advance in the book for Edmund’s burial in the monks’ cemetery at Bury remains untested. However, the book is far more than just an exploration of the saint’s possible burial site and deals with what little we know of Edmund’s life and martyrdom as well as the development of his cult into the national cult of England’s patron saint. The book examines the role of the cult of St Edmund in the development of an English national identity from the tenth century onwards, and argues that Edmund played a crucial role in the making of England – with intriguing implications for the future of England’s perennially fraught national identity.

One reply on “Edmund: In Search of England’s Lost King out in paperback”