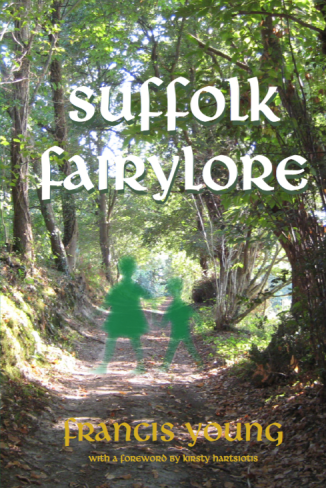 This evening I went to London’s Warburg Institute for a meeting of the Folklore Society where the winners of the Katharine Briggs Folklore Award were announced. My book Suffolk Fairylore was one of 8 shortlisted titles for the award, which goes to the best book about folklore published in Britain and Ireland in the year 2018-19. Last year, my book Peterborough Folklore was shortlisted for the same award and I described the awards ceremony here. The award this year was won by Guy Beiner for his book Forgetful Remembrance, about memories of the 1798 rebellion in Ulster. The judges commented on Suffolk Fairylore,

This is an ambitious attempt to provide a general survey of all of the fairylore of a closely delineated region. The author does engage in part with some of the thornier problems raised in this area, but its greatest strength is in its well-written and useful chronological collation of the historical material.

The awards ceremony followed a lecture by Prof. Ulrika Wolf-Knuts entitled ‘What Can We Do With Old Records of Folk Belief? On the Example of Devil Lore’. Prof. Wolf-Knuts discussed the problematic status of large archives of folkloric material gathered in the 19th and 20th centuries, looking particularly at the folklore of Swedes in Finland and the stories told about the devil in that community.

As always, it was a pleasure to catch up with other folklorists and to meet some people in the flesh with whom I have only previously interacted on social media!