The face of Abbot Bunting – the builder of St Edmundsbury Cathedral 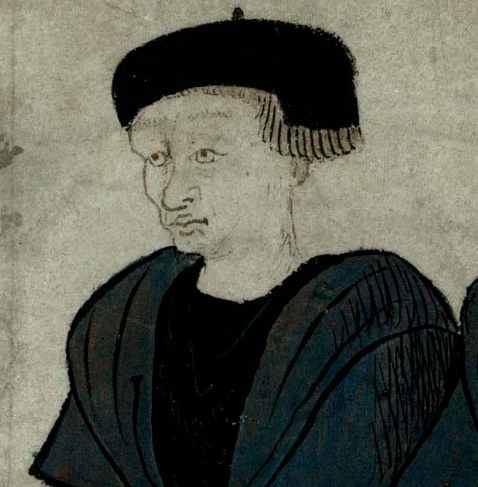 I recently discovered that there exists a contemporary portrait of a late medieval abbot of Bury St Edmunds, William Bunting (alias Coddenham, d. 1513). The portrait has been overlooked because it forms part of a very large portrayal of the procession for the State Opening of Parliament in 1512, a painted vellum roll now in the Wren Library at Trinity College, Cambridge (and helpfully digitised by the college). The kingdom’s mitred abbots, including Bunting, march at the head of the procession and are clearly identified by labels and by their coats of arms. I came across this portrait quite by accident because I was researching something else, and the image of Bunting has probably gone unnoticed until now because it is part of a much larger picture; until I noticed this image the sole known portrait of an abbot of St Edmunds was the effigy of Abbot Hugh of Northwold (d. 1254) in Ely Cathedral, which survives because Hugh became bishop of Ely.

Some of the mitred abbots, including Bunting 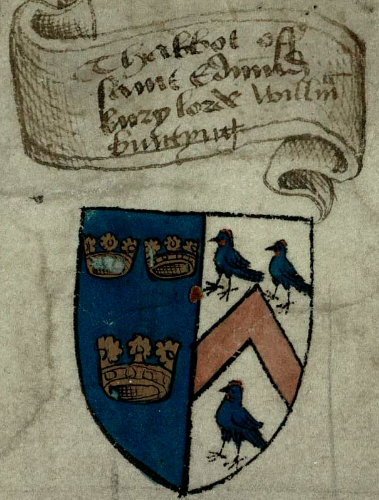 It is difficult to say whether this is a faithful likeness of Bunting; on the one hand, it seems unlikely the artist had time to draw individual portraits of every member of parliament – but on the other hand, all the abbots, bishops and nobles do appear to have distinctive facial features and there is nothing to suggest they are generic portrayals. Indeed, the image of Bunting is rather distinctive (not to say unflattering!) and seems to portray a real person.

William Bunting was the penultimate abbot of St Edmunds; he was the abbey’s cellarer when he was elected to succeed Thomas Rattlesden in 1497. Bunting played a role in the early career of Thomas Wolsey, presenting the future cardinal to some of the abbey’s ecclesiastical livings, but his lasting achievement was the decision to rebuild St James’s church in 1503. Originally built by Abbot Anselm in partial fulfilment of a vow to visit the shrine of St James at Compostella, the old church was in a poor state of repair by the early 16th century. Abbot Bunting constructed an impressive nave, aisles and a chancel that has long since gone; the present crossing, transepts, choir and tower are of course 20th-century additions after the church was elevated to the cathedral of the Diocese of St Edmundsbury and Ipswich in 1914. 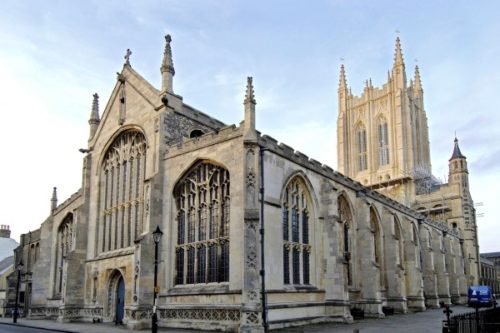 Finding this image of Abbot Bunting leads me to wonder whether there may be other previously unnoticed portraits of abbots of St Edmunds as lords spiritual lurking in collective images of parliament. I shall keep looking…