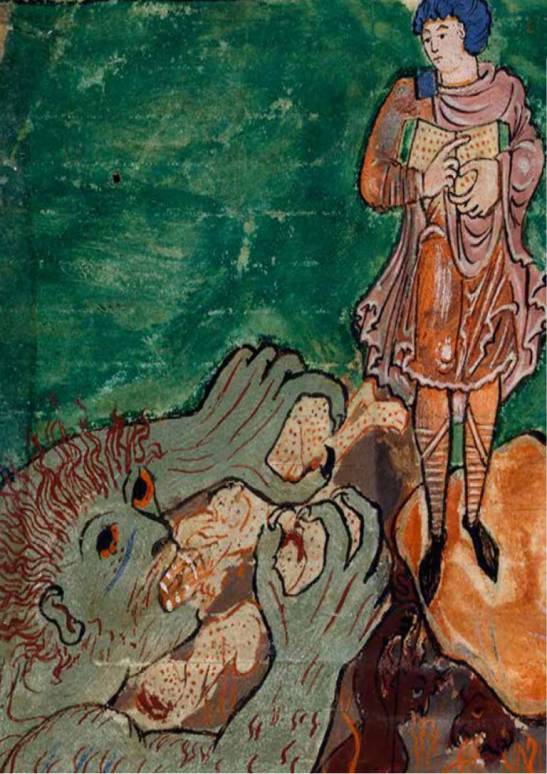 This afternoon I attended the ‘Medieval Magic: Future Directions’ workshop at UCL, which was organised by Dr Sophie Page and Prof. Catherine Rider, editors of The Routledge History of Medieval Magic. The workshop was an opportunity to celebrate the publication of the volume and for some of the contributors to deliver brief presentations about the subjects of their individual chapters. I was keen to attend this workshop as I previously reviewed the volume, which is a very important contribution to the literature on the history of magic.

The session opened with a short paper from Dr Marilyn Corrie on the presentation of illusory magic in Chrétien de Troyes’s Cligès, in which Corrie argued that Chrétien introduces the concept of natural magic many decades before it was articulated theologically by William d’Auvergne. Corrie’s paper was followed by the first of the short papers by authors, in which Prof. David D’Avray spoke about concepts of magic; he defended the application of some etic concepts in the historiography of magic. The subsequent paper, by Dr Charles Burnett, was similarly conceptual but focussed on the Arabic origins of western learned magic. Burnett pointed out that the conceptual division of magic in the Arabic Picatrix is into magic in which a soul influences another soul, magic in which a soul influences a body (talismanic magic), and magic in which a body influences a body (alchemy). Clearly, this is a rather different conceptual scheme from the classic scholarly distinction between natural and ritual magic – and the potential inadequacy of our conceptual frameworks of medieval magic was a recurring theme of the workshop.

Presentations followed by Dr Antonella Sannino on Hermetic magic, Dr Peter Jones on magic and medicine and Prof. Corinne Saunders on magic and literature. Catherine Rider then addressed magic and gender, noting the paucity of studies on women’s involvement in magic before the fifteenth century. Prof. Roberta Gilchrist then offered a material perspective, speaking on the archaeology of magic. Gilchrist argued that the apparent lack of evidence for magic and magical practices in the archaeological record may be down to our inability to recognise it rather than the rarity of magical practice in the Middle Ages. For example, archaeologists have come to understand that the lead ampullae frequently found by metal detectorists are not chance losses but deliberate depositions in ploughed fields, perhaps because people bit the ampullae open, sprinkled the holy water inside on the fields, and then threw away the containers.

The penultimate presentation, by Sophie Page, focussed on magical diagrams. Although it was by the presence of diagrams that those hostile to magic often recognised a text as illicit magic, the diagrams that appear alongside magical texts are still very little understood. Page suggested a five-fold typology of diagrams in magical texts. I had the opportunity, during the course of the evening, to speak to Sophie Page about The Cambridge Book of Magic, an edition she references in her study of magical diagrams and which she selected to be included in the Ashmolean Museum’s ‘Spellbound’ exhibition. The final presentation by an author saw Dr Michael Bailey speak about the importance of scepticism about magical claims both by demonologist opponents of magicians and by the magicians themselves.

In the discussion at the end of the short papers I addressed a question to Catherine Rider about the possibility that nuns were engaged in magic, and how we would go about knowing whether this ever occurred. Several of the panelists contributed their own answers, including Roberta Gilchrist, but the scholarly consensus appeared to be that no evidence had yet come to light of nuns showing an interest in magic.

The afternoon concluded with responses to The Routledge History of Medieval Magic from Dr Jennifer Farrell, Dr Bill Maclehose and Dr John Sabapathy. Farrell made the interesting point that any mention of magic in medieval sources is a ‘lightning rod’ to the presence of transgressions of norms of gender, sexuality or ethnicity. Sabapathy, on the other hand, who is not a historian of magic, drew attention to the ways in which Page and Rider’s volume might be significant to scholars beyond the field of the history of magic. He pointed particularly to the fact that the expansion of royal bureaucracy in the years 1230–1260 coincided with the expansion of magic – which, like administration, was preoccupied with the ritualistic performance of acts in the correct way. Sabapathy suggested that, far from Max Weber’s idea that bureaucracy is an instrument of disenchanting the world, bureaucracy is actually akin to magic. The evening concluded with a wine reception to celebrate the launch of the book, and I was pleased to meet John Clark of the Museum of London whose research on reception of the story of the Green Children of Woolpit was crucial to my book Suffolk Fairylore, and to speak to a number of people I have corresponded with but never actually met in the flesh.