Review: Love and Dishonour in Elizabethan England by Ralph Houlbrooke 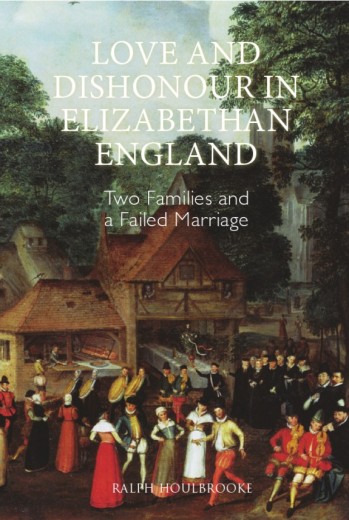 My review of Ralph Houlbrooke’s Love and Dishonour in Elizabethan England: Two Families and a Failed Marriage has just appeared in the Proceedings of the Suffolk Institute of Archaeology and History. The book is a fascinating microhistorical study of the unauthorised marriage of the Protestant Charles Forth of Butley and the Catholic Elizabeth Jerningham of Somerleyton in 1582 and its subsequent failure. As a study of intermarriage between Protestants and recusants in the gentry community of Elizabethan Suffolk, the book is a very important contribution to the history of Catholicism in East Anglia. The Jerninghams of Somerleyton, Suffolk were the senior branch of the family that later went on to dominate the Catholic community in Norfolk from their base at Costessey Hall for centuries. However, by the late sixteenth century the Suffolk Jerninghams were in serious decline, having lost control of Lothingland (the ‘tail’ of coastal Suffolk that curves up towards Great Yarmouth). Lothingland had hitherto offered significant resistance to the Reformation and may even have been considered as a potential landing site for a Spanish invasion to restore the Catholic faith. This book is essential reading for anyone interested in the history of Catholicism in East Anglia or the local politics of the East Anglian gentry in the early modern period.

This entry was posted on December 13, 2018 by Francis Young.