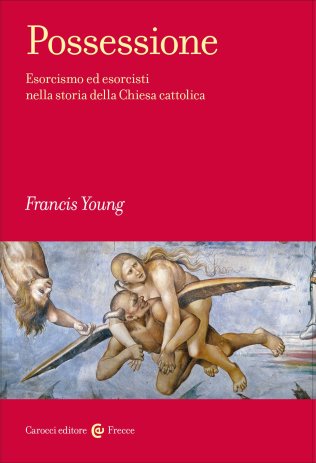 Today sees the publication of Possessione: Esorcismo ed esorcisti nella storia della Chiesa cattolica by the Italian publisher Carocci, which is the Italian translation of my 2016 book A History of Exorcism in Catholic Christianity. I am enormously grateful to Prof. Andrea Nicolotti for bringing this translation about. My book generated some interest in Italy when it was published, even being featured in the newspaper Corriere della Sera (more interest, in fact, than it seems to have so far generated in the English-speaking world). Prof. Nicolotti’s own work on exorcism, which is the definitive study of the subject to the end of the third century, was in fact a major inspiration for my own research, so it is an honour to have him preside over the publication of this translation.

The book is the first history in English (and now in Italian) of the development of the rite of exorcism in the Latin West and the Roman Catholic church, from the fourth century to the present day.