Magic as Treason at Conway Hall 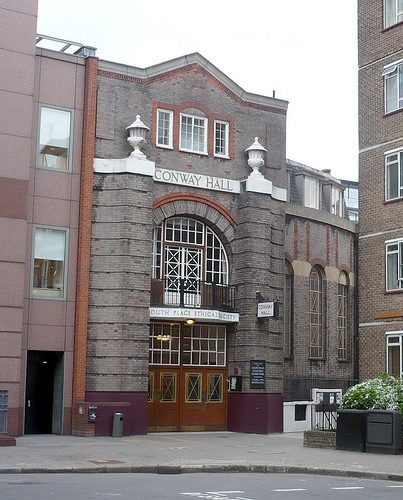 Yesterday evening I spoke to the London Fortean Society at Conway Hall in Bloomsbury on the subject of ‘Magic as Treason’, focussing on supposed attempts to harm and kill English rulers using magic. I was invited to speak in the wake of the publication of my book Magic as a Political Crime in Medieval and Early Modern England. The London Fortean Society encourages talks on ‘the strange and interesting’, which I hope I managed to achieve; certainly, this talk was the first in which I have had standing members of the audience. I explained how the idea of magical treason began in England in the fourteenth century and outlined some key fifteenth-century cases, before going on to focus on the reign of Elizabeth and, in particular, the 1578 affair of the Islington effigies (which was the major magical treason panic of Elizabeth’s reign). I then addressed the decline of magical treason in England, seeking to offer some potential reasons for why it disappeared as a political threat faster than in some other countries. The talk was followed by a fascinating and stimulating discussion. I am grateful to the London Fortean Society for inviting me and giving me such a warm welcome.

This entry was posted on February 7, 2018 by Francis Young.