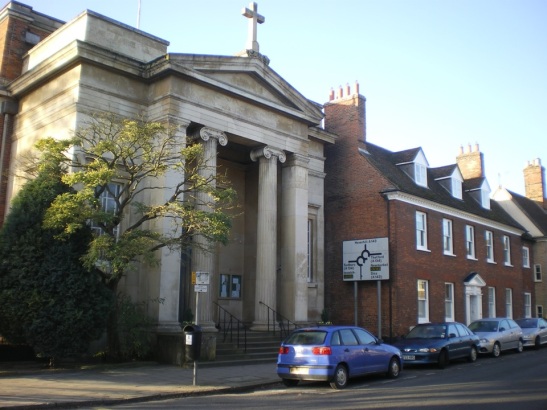 Yesterday morning I delivered a lecture at the Suffolk Record Office, Bury St Edmunds branch entitled ‘Catholics in Bury St Edmunds, 1660-1789’. It was an appropriate location, as much of the material on the Catholic families of West Suffolk is held at the Raingate Street branch. The lecture was well attended and took place in the Record Office’s education room, which houses a significant part of the magnificent Cullum Library. In the talk, I introduced the various Catholic missions in the town during the period in question and explored possible reasons behind the success of Catholicism in Bury at a time when Catholic communities were struggling to survive in some parts of the country. Bury had the largest Catholic population proportional to its size of any other town in the south of England. I also drew attention to the very great historic significance of the Chapel of the Immaculate Conception (1761), now the Blessed Sacrament Chapel of the Church of St Edmund, King and Martyr in Westgate Street, which set the pattern for future chapels constructed after the Second Catholic Relief Act of 1791.