Publication of The Gages of Hengrave and Suffolk Catholicism, 1640-1767 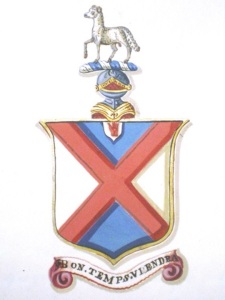 Today my monograph for the Catholic Record Society, The Gages of Hengrave and Suffolk Catholicism, 1649-1767, has been published by Boydell and Brewer. Members of the CRS should receive their copies shortly.

The Gages of Hengrave has been a long time in the making; I began it in the summer of 2009 and the project was accepted for publication by the CRS at the start of 2010, but owing to the CRS’s publication schedule it has not appeared until now. However, the long delay has allowed me to correct, revise and tinker with the book in accordance with my own developing understanding of English Catholic history. The Gages of Hengrave is perhaps best described as a collective biography of one Catholic family. It is based primarily on the Hengrave Manuscripts in Cambridge University Library, the most complete collection of the personal papers of any East Anglian recusant family. The Hengrave MSS are a collection begun by Margaret Donnington, the wife of Thomas Kytson the Elder (d. 1540), the builder of Hengrave Hall, and continued by her descendants. Some of the collection is well known, because a number of items were published as early as 1822 by the antiquary John Gage-Rokewode (the owner of Hengrave Hall from 1838) in his History and Antiquities of Hengrave in Suffolk. These include letters from Mary I, Elizabeth I and Sir Phillip Sidney, as well as detailed inventories of the Tudor hall. However, Gage-Rokewode’s transcriptions end in the 1640s.

My first encounter with the Hengrave MSS occurred on 1 September 1998 when, as an A Level student spending the summer working as a tour guide at Hengrave Hall (which was then a retreat and conference centre run by a religious community), I decided to take a look at the primary sources for the hall’s history. Even on that first encounter I became aware that there was a vast body of manuscripts beyond those edited by Gage-Rokewode, and it occurred to me that a ‘second volume’ to supplement his History and Antiquities of Hengrave with material after 1640 would be an excellent project. However, the Hengrave MSS disappeared for a few years after the insurance company that owned them required the University Library to buy them, which finally happened in 2005, so this delayed the start of my project of transcribing the key documents.

The reason why 1767 was chosen as the terminus ante quem of the study is that the senior line of the Gage family died out in that year, to be replaced by the Rookwood Gages, who were simultaneously the inheritors of the Gages of Hengrave and the Rookwoods of Stanningfield. Shortly after I began work on The Gages of Hengrave, Joy Rowe made me aware of the existence of extensive documentation on the wider Catholic community in Bury St Edmunds and the Lark Valley, which is reproduced in the appendices: notably the Hengrave Register kept by the Benedictine missionaries from 1731 (now at Downside Abbey) and the Bury Register kept by John Gage SJ from 1755. My analysis of these and other documents adds an additional perspective to the study, making it more than just a family study of the Gages but also a complete history of the Catholic community in Suffolk’s Lark Valley during the period in question.

A ‘companion volume’ to this book, Rookwood Family Papers, 1606-1761 will appear next year, published by the Suffolk Records Society and Boydell and Brewer.

One comment on “Publication of The Gages of Hengrave and Suffolk Catholicism, 1640-1767”