Today is publication day for my latest book, Magic as a Political Crime in Medieval and Early Modern England: A History of Sorcery and Treason, which is a complete history of the ways in which magic was used (or thought to have been used) to harm, kill or manipulate the judgement of English monarchs. The new monograph is, in some ways, a sequel to my earlier English Catholics and the Supernatural, 1553-1829 (Ashgate, 2013), which looked at the attitude of Catholics towards supernatural phenomena (primarily ghosts, witchcraft and demonic possession) in the post-Reformation period. Researching that book made me very aware that there was a strong strand of Protestant polemic accusing Catholics of being sorcerers, some of which was justified in the light of Catholic plots against Elizabeth I in the early years of her reign. However, I had to set this material aside at the time, intending to come back to it.

Because its scope is so wide, examining the medieval as well as the early modern evidence, Magic as a Political Crime was a long time in the making. I began work on it in April 2013, not long after the publication of English Catholics and the Supernatural, but the project evolved considerably from my original idea of a history of treasonous magic to embrace negative political magic more broadly. I was pleasantly surprised when, in February 2017, political magic was suddenly thrust back into the spotlight of the modern news media with the news that self-styled witches in the USA were casting ‘spells’ against President Trump. Even more interestingly, the magical method of melting a candle supposed to represent the President, in order to ‘waste’ him, was clearly grounded in the same traditions of sorcery examined in the book. I was surprised to find that a practice of sorcery against political leaders that seems to have died out in England at the beginning of the seventeenth century was alive and well in twenty-first-century America, lending the book an unexpected contemporary relevance.

The earliest accusations of magical treason in England date from the reign of Edward II in the fourteenth century, reaching a high point in the fifteenth century at the courts of the Yorkist and Lancastrian kings. The most magically attacked of English monarchs, however (at least while she was on the throne) was Elizabeth I, who even engaged the services of John Dee to protect her against hostile magic. James I came to the English throne after having been the repeated target of magical attacks in his Scottish kingdom, although such activity was a relatively minor feature of his English reign. The allegation laid against the duke of Buckingham and his mother that they poisoned James in 1625 were among the last politically significant accusations of treasonous magic to be made in England (poisoning was usually framed in occult terms until the mid-seventeenth century). As much as the puzzle of why people believed in the effectiveness of magic as a method of treason, the book seeks to uncover why people stopped relying on magic for this purpose in England, especially when magical treason panics continued for much longer in France (the Affair of the Poisons, for example).

Magic as a Political Crime is the first dedicated study of the phenomenon of magical treason in England, and the book aims both to highlight an overlooked dimension of treason and to draw attention to the political significance of magic in medieval and early modern England.

I am very excited to announce that I have signed a contract with I. B. Tauris for the first ever history of the practice of exorcism and deliverance ministry in the Church of England, which will be entitled A History of Anglican Exorcism: Deliverance and Demonology in Church Ritual. The book will take the story of exorcism in the Church of England from the Reformation to the present day. Following on from my earlier book A History of Exorcism in Catholic Christianity (Palgrave MacMillan, 2016), which focussed on exorcism in the Roman Catholic church, the new study will apply a similar methodology to the Church of England’s tradition of exorcism. This has largely been overlooked by historians, who tend to assume that exorcism ceased to exist in the established church after 1604.

Exorcism in the sense of a liturgical act performed by the clergy only became significant in England after the Reformation; as I showed in my earlier book, liturgical exorcism was not really practised in medieval England, with demoniacs relying instead on pilgrimages, relics, stones and herbs. However, Protestant exiles who had spent time on the Continent during Mary I’s reign brought the idea of exorcism back with them, and the earliest clerical exorcisms occurred early in Elizabeth’s reign. However, Protestants soon became anxious about the practice of ‘conjuring’ (directly commanding) demons, partly because it was practised by rival Catholic priests, and resorted instead to exorcism by prayer and fasting alone. One practitioner of this distinctively Protestant form of exorcism, John Darrell, became famous for his dispossessions until the bishops clamped down on the practice in the late 1590s.

In 1604 a canon (Canon 72) outlawed exorcisms without a specific licence from the bishop, and while it is true that no such licence was ever granted after 1604, sporadic unlicensed exorcisms continued in the seventeenth and eighteenth centuries. In theory, Canon 72 remained in force until 1969, but already in the 1920s a small group of Anglican priests led by Fr Gilbert Shaw began experimenting with exorcism. Shaw was a lone voice promoting exorcism as a ministry of the Church of England for much of the twentieth century, although a church report on healing in 1958 drew on Shaw’s expertise and acknowledged the practice. In 1972 the recommendations of a report on exorcism commissioned by the bishop of Exeter were widely adopted across the church. However, an exorcism that went badly wrong in Barnsley in 1974 produced vigorous debate about the future of exorcism, with some calling for it to be discontinued altogether. Archbishop Donald Coggan finally issued guidelines for exorcists at the Church of England’s General Synod in July 1975. Those guidelines, in slightly modified form, remain in place to this day.

The contemporary Church of England prefers the term ‘deliverance ministry’ to ‘exorcism’, emphasising the rarity of exorcisms in the true sense. However, deliverance ministry is a significant part of the work of the Church of England, and popular demand for this service is such that each of the church’s dioceses has a specialist adviser in this area. A History of Anglican Exorcism evaluates the extent to which the contemporary church’s practice of deliverance ministry is rooted in its history, focussing on the question of why a church historically opposed to exorcism embraced the practice so suddenly and wholeheartedly in the 1970s. The book asks whether exorcism has a future in the Church of England and critically examines the challenges to the church’s continued endorsement of this controversial ministry.

A History of Anglican Exorcism will be published in late 2018 or early 2019. 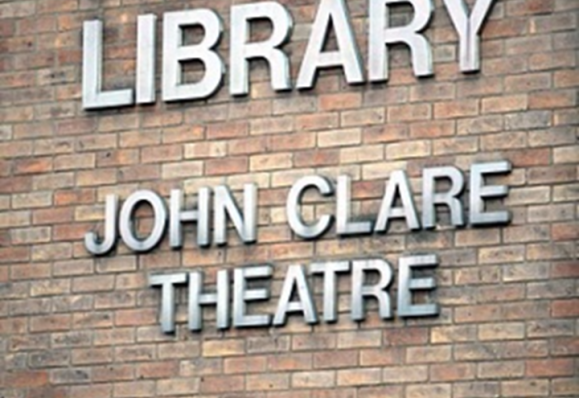 This afternoon I spoke at Peterborough’s John Clare Theatre on the subject of ‘Witchcraft and Magic in the Fens’, an event organised by Peterborough Archives. My talk focussed particularly on evidence of witchcraft and magic from Peterborough and the surrounding countryside. I am always delighted on such occasions to hear stories from the audience, and on this occasion I was not disappointed. One audience member reported that, as a small child, her mother (who was born in 1891) suffered from warts and the family was unable to afford a doctor. The girl was accordingly sent to a Peterborough ‘witch’ who lived in a brownstone cottage at the junction of Cobden Street and Walpole Street. The ‘witch’ presented the girl with a snail; the audience member was unable to remember the rest of the story, but it is likely that the snail was meant to be rubbed on the warts and then buried. It is well attested that wart-charming was one of the last magical activities to die out in the twentieth-century, but it is interesting that the woman with ‘healing powers’ was by this time described as a ‘witch’, an indication that the term increasingly came to refer to all forms of magical activity. Another audience member described how her grandmother attempted witchcraft against a love rival as a teenager, putting a live toad in a jam jar and burying it under the other girl’s threshold. The intention was that the rival would slowly die as the toad suffocated. However, the mother of the girl who planted the toad realised what her daughter had done and dug up the toad before it was dead, thus averting disaster.