This year, as I have for the last few years, I had the pleasure of organising and leading the annual Catholic Record Society conference excursion, which was a visit this afternoon to the silver department of the Fitzwilliam Museum in Cambridge. The conference itself took place at Murray Edwards College, and the excursion brought the proceedings to a close. Dr Victoria Avery of the Fitzwilliam Museum very kindly allowed us to see and even handle a number of pieces of ecclesiastical silverware from the museum’s collection that are not normally on display. These include pre-Reformation and sixteenth-century chalices from Spain and the Low Countries and a number of sixteenth- and seventeenth-century communion cups that belong to churches in the Diocese of Ely who have lent them to the Fitzwilliam Museum for safekeeping. Notable pieces include a large 1693 communion cup from St Mary’s church in Ely and a flagon of around the same period from Ely Holy Trinity, a now vanished parish whose parish church was the Lady Chapel of Ely Cathedral. Another interesting piece was a 1667 flagon donated to Redgrave church in Suffolk by Elizabeth Bacon. Although the Fitzwilliam has no pre-Reformation English silver (or recusant silver for that matter!) these were all fascinating pieces to view and it was a rare privilege to be able to touch them in conservators’ latex gloves!

Sadly I was unable to attend the conference itself, but the excursion allowed me to have interesting conversations with Prof. Veronica O’Mara of the University of Hull, who is preparing an edition of a medieval manuscript produced at an East Anglian nunnery and owned in the eighteenth century by George Tasburgh of Bodney; the Tasburghs are a family on whom I have conducted a considerable amount of research. I was also able to speak about her fascinating research to Helen Kilburn of the University of Manchester who has recently been awarded the Catholic Record Society’s PhD studentship to pursue research on Catholic slave-owners in colonial Maryland.

I am delighted to announce that I have signed a contract with I. B. Tauris for a new book about St Edmund, entitled Edmund: In Search of England’s Lost King, which will be published in the first half of 2018. The book will be the first dedicated to tracing the development of St Edmund as England’s patron saint, and will advance a powerful case for the figure of Edmund as the foundation of a reinvigorated English national identity in the 21st century. The book argues for the rediscovery of St Edmund – both the literal rediscovery of his mortal remains, which are probably to be found under a tennis court in Bury St Edmunds, and the metaphorical discovery of Edmund as a unique figure in England’s history whose memory created England itself. Although we know vanishingly little of the historical Edmund, the symbolic figure of Edmund inspired the kings of Wessex to forge a kingdom in the tenth century and to define themselves by Edmund’s title, rex Anglorum (‘king of the English’). Edmund’s appeal to Anglo-Saxons, Danes and even Normans made him the lynchpin of a composite and flexible English national identity that is more important today than it has been at any time since the union of crowns in 1603. 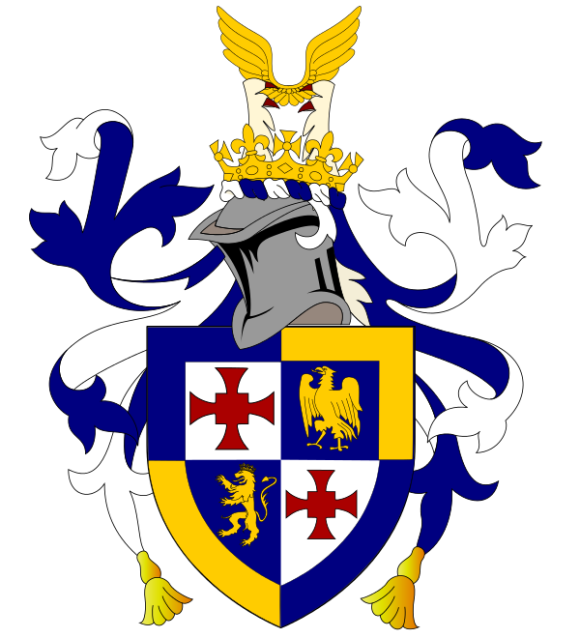 Today I attended the second day of Birkbeck’s University of London’s annual Thomas Harriot Seminar at St John’s College, Durham. The first day, which I sadly missed, featured papers from Karin Amundsen, Dr Stephen Clucas and Dr Cesare Pastorino. However, I did catch Dr Evan Jones’s intriguing paper on new discoveries about voyages to the Newfoundland funded by the English crown in the late fifteenth century. They include the revelation that an Italian Augustinian friar serving as the papal tax collector in England, Giovanni Antonio de Carbonariis, travelled to Newfoundland and established a church there in 1498. This and other discoveries were made by Dr Alwyn Ruddock, who stipulated that all her papers should be burnt after her death in 2005. However, Dr Jones has since managed to track down around half of the documents Ruddock claimed to have discovered, in spite of the lack of evidence left behind as a result of the bizarre terms of Ruddock’s will.

Prof. Rory Rapple of the University of Notre Dame (whom I knew many years ago in Cambridge) delivered an equally fascinating paper on the political and constitutional thought of Humphrey Gilbert, who was unusual in advocating royal absolutism in Elizabethan England. I delivered my own paper, ‘Magic as a political crime in Elizabethan England’ after lunch. The paper was based on research conducted for my forthcoming book Magic as a Political Crime in Medieval and Early Modern England, and focussed on accusations of magical treason in the reign of Elizabeth, especially the 1578 affair of the Islington effigies and the role of John Dee. The paper provoked a lively discussion, and I am very grateful to Dr Stephen Clucas for inviting me to the seminar.

Today I was delighted to deliver my third study day for Wuffing Education at Sutton Hoo; previous study days have focussed on East Anglia’s Catholic families and the post-Reformation cult of St Edmund, but this time the subject was the great medieval Abbey of Bury St Edmunds, the subject of my recent book The Abbey of Bury St Edmunds: History, Legacy and Discovery. The study day concentrated on four areas of the abbey’s history: its obscure and controversial origins in the tenth and eleventh centuries, the cultural achievement of its abbots and monks, the abbey’s history of conflict, and finally the abbey’s dissolution and lasting legacy. I am grateful to Dr Sam Newton and Rosemary Hoppitt for inviting me again to Sutton Hoo and to the enthusiastic and knowledgeable audience for enjoyable interaction and discussions.