How to keep a defeated cause alive: the lessons of history 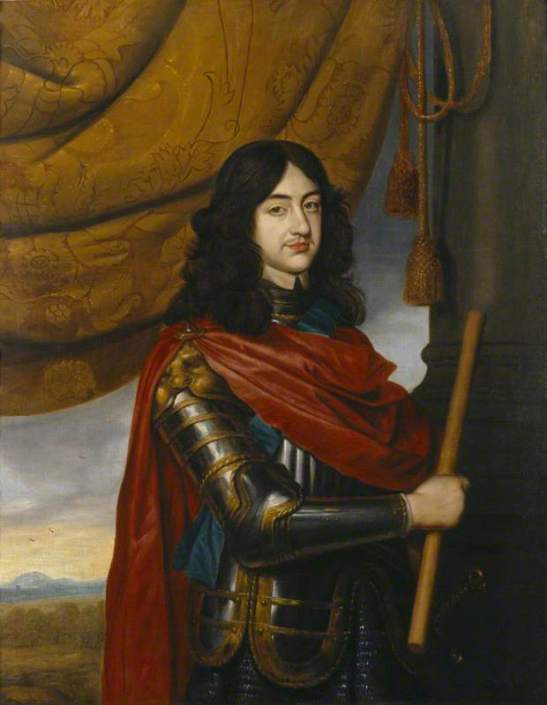 The past week in British politics has been traumatic and bruising, leaving those who voted Remain in the referendum on European Union membership clutching at straws to try to prevent the government from triggering Article 50 of the Lisbon Treaty and thereby starting the legal process of leaving the EU. Some of these straws may be more substantial than others, and some of them might even slow Brexit down considerably, but British politicians have got to disappoint someone; and in a cost-benefit analysis, they will choose to disappoint Remain voters – perhaps partly because pro-European liberals are more likely to protest peacefully than resort to violence. Although Remain supporters thrill at every new chink of light they are shown, the abiding reality that it is politically impossible for a Conservative Prime Minister to ignore a referendum called by his or her own party cannot be changed.

History shows that major constitutional changes such as Brexit are extremely hard to reverse – after all, Eurosceptics tried to reverse the 1975 referendum on Europe for decades before they succeeded last Friday. Remain supporters who are serious about their commitment to Britain in the EU need to accept that the fight to reverse the tide of Euroscepticism may be a long one. The referendum will result in a constitutional change, not a change of policy – which was a fact missed by the Leave campaign, who made promises as if winning the referendum meant becoming the government. However, it is not the broken promises of the Leave campaign that should concern us in the long run; the shine of a new government soon rubs off and the pendulum of public opinion swings back and forth, often rehabilitating even the most habitually mendacious politicians. What should concern us is the constitutional change – and the change to the rights of individual citizens – wrought by Brexit.

Pro-Brexit (and some neutral) commentators fail to realise that events like today’s huge ‘March for Europe’ are not about Remainers’ love for the institutions of the European Union – for a lot of Remainers are probably as ignorant as many Leave voters are about what the EU actually does. People are marching not for institutions but for rights – rights which they knew on some level were conditional on Britain’s membership of the EU, but which they never seriously considered could or would be withdrawn. It is ironic that, whilst Parliament has generally refused to countenance the idea that the rights of a British citizen can be withdrawn, Parliament will be responsible for withdrawing the rights that British citizens have qua EU citizens by triggering Article 50. As the events of the last week demonstrate, a substantial minority of the British public will not accept such a withdrawal of rights, and thereby a redefinition of their identity as European citizens – but the nature of the EU’s relations with its member states means that individuals (and even devolved national governments, apparently) are subject to the will of their government with respect to the rights they have as EU citizens.

The result of all this is that, two years or more down the line, a substantial minority of British people who wish to remain EU citizens will cease to be so, and they will no longer be recognised as EU citizens – neither by their own government nor by the EU itself. This puts staunch Remainers in a difficult position, which is very different from that of supporters of a political party ousted from power. Remainers consider being EU citizens a fundamental part of their civil as well as political identity – so that the removal of EU citizenship is more like the supporters of a political party being denied the right to vote (rather than that party being heavily defeated). Although none but the far-right would presume to label Remainers ‘traitors’, the deletion of the political space in which pro-European Britons exist is reminiscent of early modern attempts to redefine membership of the state in such a way that a certain group of people become, ipso facto, opposed to the constitutional foundations of the state. In retrospect, the Lisbon Treaty seems a very poorly drafted document, since it gives so much authority to governments to withdraw rights from their citizens; perhaps the framers of the treaty naively thought that no country would ever voluntarily leave the EU and trigger Article 50.

The result of all this is that the cause of Remain is one of the great defeated causes of British history; it stands alongside Catholicism (defeated by Elizabeth I), Royalism (defeated by Oliver Cromwell), republicanism (defeated by Charles II), Jacobitism and Scottish nationalism (defeated by George II), Irish nationalism (defeated repeatedly over many centuries) and British Communism. All of these causes had in common that they were not ephemeral political movements suited to a particular time and place, but rather fundamentally different ideologies of what Britain was and how Britain should be ruled. Causes survive repeated defeat by being monumental – in other words, they are not issues wedded to party politics but rather a cluster of deeply held views (held perhaps for different reasons by different people) that unites a ‘broad church’ of opinion. For example, English Royalism survived the execution of Charles I, the abolition of the monarchy and the foreign exile of Royalists partly because it enjoyed support from Anglicans, Catholics and Presbyterian Scots angry at Cromwell’s occupation of their country. British Pro-Europeanism is similarly a monumental ideological position, since it embraces a wide spectrum of political views from anti-capitalist internationalists in the Green Party to Conservatives anxious about the impact of Brexit on business. This diversity is a strength, not a weakness, of the Remainers, because it is a sign that their cause is a healthy one that has the potential to survive for a long time.

Long-term survival of defeated causes is not easy, however; it requires Remain campaigners to hunker down and make some difficult choices. Should Remainers reject the referendum as undemocratic? Or should they accept the result and campaign for Britain to re-join the EU? At the moment, Remainers are understandably adopting a variety of mutually contradictory strategies in the hope that at least one of them might sabotage or delay Brexit, but for long-term survival a consistent strategy is necessary. Yet it is difficult to find a historical precedent for a situation in which a substantial minority of citizens dissent on the constitution of their country but are unable to retain an alternative allegiance; in past centuries Catholics remained loyal to the Pope, Jacobites to an alternative monarch, Irish nationalists to a putative Irish republic, and British Communists to the USSR. Perhaps the closest parallel is the situation of Irish nationalists in the north of Ireland since Ireland repudiated its territorial claim on the north after the Good Friday Agreement. Sinn Fein voters in the north of Ireland have an allegiance to a state that they consider themselves part of, while that state does not consider them part of it. However, the parallel is far from exact because all inhabitants of the north of Ireland are entitled to Irish citizenship.

Perhaps the politics of the nineteenth century supplies better analogies. Many subjects of the Papal States considered themselves Italians and owed their first allegiance to the Kingdom of Italy for ten years before the incorporation of Rome into that kingdom in 1871; likewise the ideology of Pan-Slavism in the 1840s meant that many Slavs in the Austrian Empire felt they owed their first allegiance to Russia, even though they never actually became Russians in the sense of subjects of the Tsar. Could the idea of a common European identity inspire and motivate a mass political movement in the long term, as the idea of Irish national identity did in the nineteenth century? Historically, many identity-based political movements have involved smaller ethno-political units attempting to break from larger political blocs – but not always. Russian, Italian and German nationalism in the nineteenth century involved the substitution of broader national identities for local ones.

Perhaps the best hope for Remainers is the long-term development of a common European national identity stronger than any that presently exists – and the closer union of EU countries that Brexit may make possible could achieve this: a united Europe as a ‘civilisation state’, mirroring China. The advocates of Brexit, by enabling closer European integration, may have sown the seeds of their own eventual defeat as a shared European national identity slowly but surely appeals to a younger generation of Britons to whom narrow nineteenth-century conceptions of the nation state no longer have any meaning or relevance. The battle between Euroscepticism and Pro-Europeanism in Britain may be resolved by demographics; within a generation, older ideas of the nation state may start to be sidelined.

One comment on “How to keep a defeated cause alive: the lessons of history”